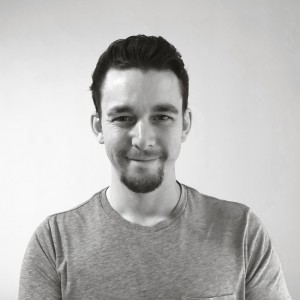 Bitcoin and Ethereum have both suffered setbacks in the last week due to government action in China and the U.S. However, history suggests these are only temporary drops.

Bitcoin and China have previously been synonymous. However, due to recent “Chinese radical interpretation of cryptocurrencies and their enforcing a blanket ban on Bitcoin trading, ICOs and exchanges” in an attempt to “protect the economy and the fledgling Yuan” has left “Bitcoin on a weekly basis [..] down 11 percent.”

Despite this aggressive new legislation in China, the proverbial ‘hammer’ hasn’t completely stamped out Bitcoin trading, “with off shore exchanges [..] implementing different tricks as automatic changing of domains and setting up smaller exchanges through proxy companies allowing Chinese citizens to trade.”

This is similarly reflected in Ethereum, where a highly touted investment instrument that sought to appeal to U.S. public markets investors looking for cryptocurrency exposure has just seen a setback. Announced on Sunday, the U.S. Securities and Exchange Commission (SEC) has issued an order seeking “to suspend the trading of the Bitcoin Tracker One and Ether Tracker One exchange-traded notes, issued by XBT Provider AB, a Swedish-based subsidiary of the U.K. firm CoinShares Holdings.” In the official order, the SEC cited a “confusion amongst market participants” based in the U.S. as to the nature of the financial instruments as the reason for the move.

This has left Ethereum below $200, an all time low since mid-July 2017. However, despite Ethereum’s “fortunes mirroring a rough weekend for all the major cryptocurrencies”, there is still some positivity and reasons to be cheerful.

The suspension levied against Ethereum expires at 11:59pm today, and therefore should not affect the value any further – with the ability to trade on Non-U.S. exchanges uninhibited by this suspension. Ethereum has also experienced a 3% gain over the last 24 hours, highlighting that despite the negative trend, there is some growth out there!

Project Info and Use-Case: TRON is a decentralized platform that allows the creation of content, websites, and applications. Also known as “Web 4.0”, TRON also

The positive trend continues for the Bitcoin price that reaches $7,863 with a +4.39% during the last 24 hours. What’s the reason for that growth?

“Yanda will introduce Machine Learning algorithms to help traders gain a better understanding of the past, current, and future trends. From simply copying a strategy