Bitcoin, IOTA, and ApeCoin Market Analysis from the past week.

Bitcoin looked quite good a few weeks ago, forming what seemed like a bottom and having a short term bounce that suggested a potential change in trend. However, this outlook changed when Btc failed to hold the $45k support level and fell below the 20EMA and the 50EMA, suggesting that it had lost momentum and would likely move further downwards. This was followed by Bitcoin price falling to the next resistance level around $39k where it's currently ranging. At the current moment, its starting to look more likely that this indecisiveness and price action could likely see Bitcoin moving sideways for the following weeks or drop to the next resistance around low $30k, and bottom out around this area; this would mark an over 55% price correction since all time high prices in late 2022. The same can be said for the crypto market as a whole, as other main coins such as Ethereum and Ripple are also respectively suffering from losses over the last few weeks. 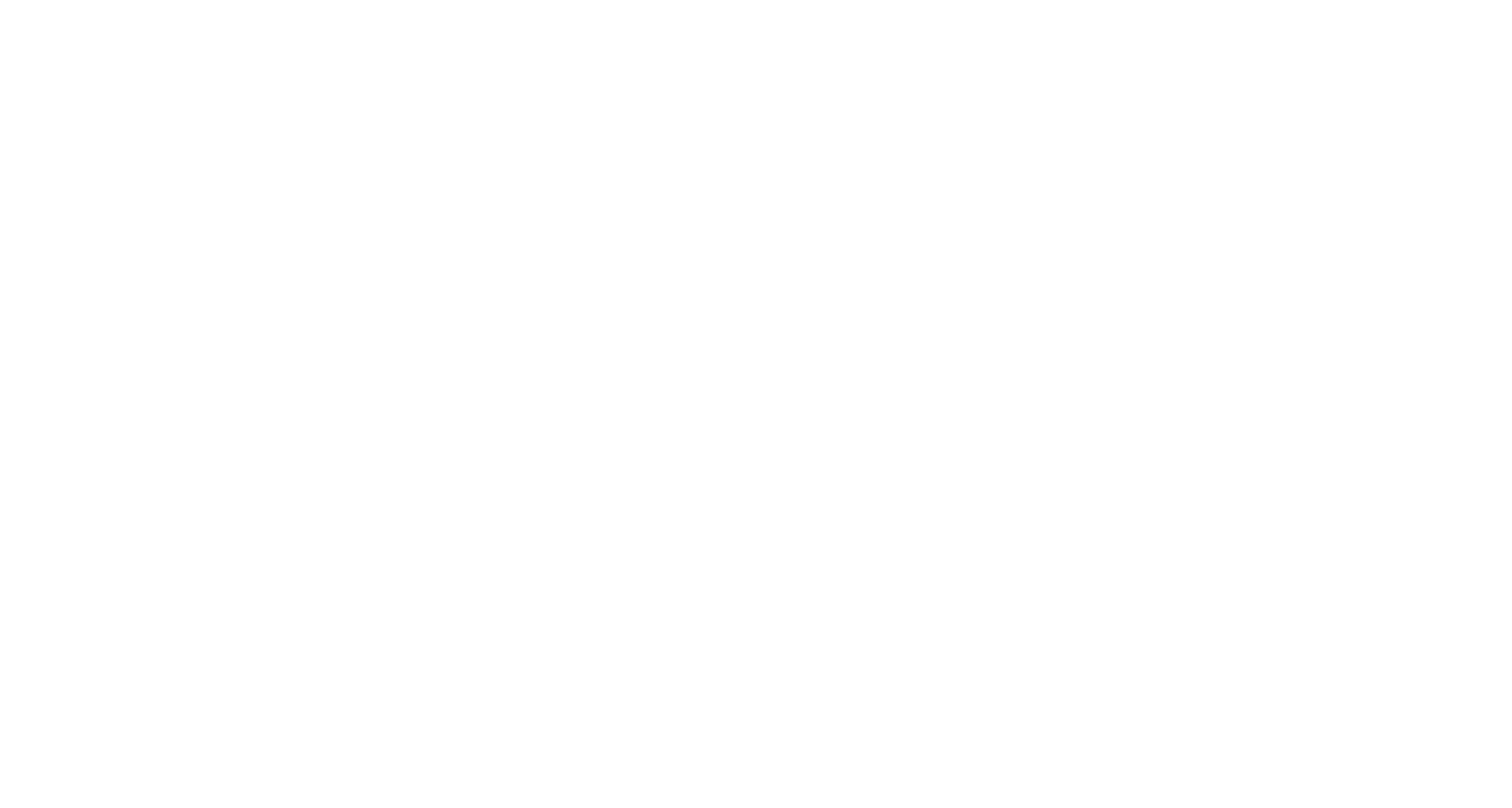 BTC/BUSD weekly candles chart with supports and resistance
On the weekly time frame, and other high-level ones, we can see that the last few weeks have all been bearish, and what looked like a potential bounce is starting to look more like a fake-out move that was rejected just above the $45k. Currently, Bitcoin USD is sitting around the $38/39k support level that it has tested several times before over the last couple of months. This increased testing of this significant area could weaken the support and is likely to see prices drop even further to the next significant support level around $32k. While this remains a possibility, the current support level might also hold, and likely send Bitcoin price lateral for a couple of weeks or even months. This would be a positive move for BTC as a bottom would likely form and a price bounce could occur.

BTC/BUSD daily candles chart with supports and resistance
On the daily chart, and similarly, on the 4h, the outlook for Bitcoin price today is not positive. We can notice how the previous upwards move was rejected as prices lost the moving averages as they fell below the $42k. This was followed by uncertain days that ultimately resulted in the drop where currently bitcoin today is testing the local support. It can be noticed how this support level ranging between low $39k and $38k will likely see price action within its range, as can be seen in the past. This doesn't exclude a possible sideways move within the range or a bounce, either above or below, before the next market move occurs. A drop below and bounce back on the range would suggest a really bearish outlook and for people with positions still open to probably close them and exit the market. Similarly, a bounce within the range followed by one above would likely suggest an upwards move in the short to medium term.


Bitcoin price prediction doesn't suggest that the current outlook is positive for the crypto. As it currently is dropping, it still needs to find a bottom where it can range above. Once the bottom has formed, it would need to see a short-term bounce on lower time frames, perhaps, regaining one of the key resistance levels above it such as the $39k. This could fuel the upwards move and see a trend reversal and potentially higher price levels.

IOTA used to be once a staple in the crypto market, being a top 10 coin and having daily volumes of several hundred bitcoins. However, for the last few months, mainly due to its price, Iota has experienced a bit of a drop. IOTA definition is that it's a distributed ledger that is actually not a blockchain but instead uses a proprietary technology known as Tangle, or a system of nodes that confirm transactions. However, in what was a big announcement of Iota news in 2021, the crypto started allowing for Iota staking, a process that enables traders of the coin to earn interest by holding the crypto in their wallets. For this reason, Iota shares some characteristics of a Proof of Stake blockchain.

Similar to the rest of the crypto market in 2021, the IOTA coin (MIOTA) experienced exponential growth, rising by over 550%, and reaching an all-time high of over $2.50 in April 2021. However, this move was short-lived, as after reaching this ATH we saw a gradual decline in price over the following months that has never fully recovered. Just in June of the same year, prices fell below $0.69, before making an attempt to reverse the trend, by bouncing back all the way to over $2. This again was followed by another correction that saw prices back at below $0.69 just in early 2022. Ever since, prices have stabilized around this level and are trying to form a bottom, even though we can see on several occasions that Iota has dropped temporarily below this key support level.

IOTA/BUSD weekly candles chart with supports and resistance
On the weekly timeframe, we can see quite clearly the 2021 wave that saw Iota price make those massive gains, followed by the bear market, and subsequently, by what seemed to be another bull run that didn't last long. It's key to notice that in August 2021, prices failed to break above $1.8 resistance level and test ATH, making many investors lose confidence in the coin, and ultimately resulting in a drop between the $1.4 and $1.1 range, where Iota has been for most of the past year. Another key level is the one on the two moving averages, the 20EMA and the 50EMA, levels that were lost in mid-January and early February. Once IOTA crypto dropped below this level it lost a lot of momentum and fell all the way to the $0.69 support level. This move was really bearish in the short term and prices have yet to recover from it.

IOTA/BUSD daily candles chart with supports and resistance
Lower time frame charts, such as the daily and the 4h, seem to tell the same story. We can notice a slow and steady decline whilst a struggle in forming a bottom on which the coin could bounce. Over the last few weeks it would have seemed to have bottomed out in a range between $0.64-0.69, however, this level did not hold as prices have recently dropped below it. For IOTA to be able to make an upwards move and gain some momentum, it is essential that it regains the $0.7 level and lateralizes above it or creates a break and retest of this level.

IOTA price prediction is currently not looking great, as the coin is losing strong support levels and failing to form a bottom. We have seen prices dip below this support in the past, however, only temporarily. An extended move might suggest a further drop in prices. If in the following days, prices manage to regain the $0.7, we could expect a further upwards move. On the other hand, if they don't, it wouldn't be surprising to see a further drop to lower support levels.

The Bored Ape club is one of the most popular NFT collections that grew thousands of percentages in prices and saw its investors make massive gains over the last year. Bored Apes are a collection of 10,000 unique NFTs (non-fungible tokens) based on the Ethereum blockchain, where each NFL avatar is similar but unique and has individual characteristics, making some rarer than others. What makes Bored Apes interesting other than the fact that they are one of the NFTs that is worth the most is that according to their website, having one is like having a membership to an exclusive group of people, or swamp club of apes, that in theory guarantees exclusive entry to certain events where only other Ape holders can attend.

Recently, the Bored Ape club, launched via airdrop to their NFT holders their own crypto coins, the ApeCoin or APE token, ERC-20 governance, and utility token used within the APE Ecosystem to empower and incentivize a decentralized community building at the forefront of web3. Similar to other crypto projects, ApeCoin has a DAO, a decentralized governance framework controlling the self-governance of the ApeCoin project, that allows voting on how the ApeCoin DAO Ecosystem Fund should be used. The APE Foundation administers proposals agreed upon by ApeCoin holders.

APE/BUSD weekly candles chart with supports and resistance
Since its launch, just a few weeks ago in March 2022, APE coin price has been performing really well, being listed at around $1, and rising by 1700% to over $19 currently, since APE coin Binance listing. A similar trend was seen when other coins such as the GMT coin were listed on Binance and increased in price by thousands of percentages. This was likely fuelled by the fact that the project is new and enables many traders that could not get their hand on the Apes NFTs, due to the fact that they are rare and really expensive (Over $1M each); to be able to finally invest on this crypto.

From a technical analysis perspective, Apecoin is looking really good, as its price would suggest, continuing to rise and showing no sign of slowing down. Since its listing prices have only slowed down around the $10 level, where it moved sideways for a few days and showed that a potential correction could occur. However, this possibility was written off as the price rose again and broke the all-time high resistance level around $14, and reached prices above $19 where it currently stands. As the coin has only been listed recently, it can only be analyzed on lower time frames such as the daily and the 4h, as higher ones don't have enough historical data. Similarly, some of the main indicators such as the moving average can only be analyzed on lower time frames where they show strong signs. On the 4h chart, we can see the price of ApeCoin bouncing on the moving averages and continuing its move. As long as prices remain above this level, it's likely that this move will be fuelled and continue. Once this trend is broken, a correction could be likely.

APE coin price prediction is showing really positive signs and suggesting that the move might continue. However, as the coin is new and has only recently been listed, it's really hard to make any predictions as they would likely be only speculations at the time. As long as the hype around this project continues and people keep on buying this coin, it's likely to see a continued bull run and increase in price for it.