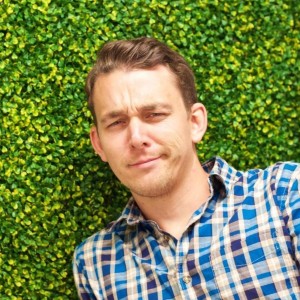 Cryptocurrencies and blockchain are both transforming the developing world with its unique alternatives to conventional banking and currency holding. It’s proving that these ‘third-world’ countries showing great ground for test cases for cryptocurrencies. Why? Let’s discuss the reason in more detail.

A developing country is defined as “A country with a less developed industrial base and a low Human Development Index relative to other countries”. The Developing world essentially consists of countries with less robust economic statistics.

Despite the economic hardships that citizens of these countries have to face on a regular basis, many of these countries are rich in resources, both in human and materialistic, and they have produced extraordinary entrepreneurs and innovators over the years. These countries also have a much younger population, regions like South Asia and Africa are expected to have the biggest workforce by 2045.

There are many problems in the development of these states and monetary independence and inflation are two of the biggest issues being faced, and result of this has been prevent economic for many years. Citizens are caught in issues that make it very difficult for them to break free. With a large unbanked population it means that a major parts of the economy is undocumented and deprived of regularization.

Why Developing Countries are Proving to be Fertile Ground for Crypto?

From Africa and Latin America to South Asia and Southeast Asia where most of the developing nations are located, it is the same tale everywhere. Governments and banking systems are inefficient and ‘average people’ cannot and do not bank, mostly relying on physical cash.

These countries have some of the youngest populations around and young people are more susceptible to change being brought into the world to disrupt the status quo. Bitcoin and other digital cryptocurrencies are a modern solution that needs the progressive mindset of the youth to thrive.

There is a reason why mobile payment solutions are becoming more and more successful in these regions. More and more companies are looking to get into branchless banking concepts. Bitcoin and crypto will benefit from the development of these platforms as they will encourage more people to get into mobile-based cashless banking.

Quite often these countries have high inflation figures due to an imbalance in imports and exports. This means that any money that the citizens make has a decreased worth with time. This inflation figure is often more than 8% and it opens a whole cycle of economic disenfranchisement for the public.

This leads people to often turn to other valuable investment vehicles such as, metals, gold and real estate to break free of this cycle. However, not everybody has considerable savings to opt for this and even these sectors have multiple risks associated of their own.

Bitcoin is a natural solution to this problem due to its deflationary mechanism that was built into it by its founder. It automatically constricts its supply after every four years in a process called Bitcoin halving. With this halving, Bitcoin becomes scarcer rather than more abundant (like many of our “fiat currencies do) and thus, is an ideal candidate for an appreciating currency.

Add to it the fact that Bitcoin is a universal borderless cryptocurrency, low transaction fees and peer-to-peer transactional ability is unmatched by others, we have a serious contender for a store-of-value for the developing world to get on to a maybe an even level playing field.

While Bitcoin is praised for its transactional abilities and deflationary supply, it is also criticised for its volatility, but in countries with high inflationary statistics like in the developing world, it may be less volatile overall than their own currencies themselves.

For example in some of the countries hit by the worst cases of inflation (hyperinflation), a currency can decrease in value more than 20% in a single year. These cases include Argentina, Venezuela and a few others as well. Argentina suffered a massive 53.55% inflation rate in 2019 alone. This means that the currency’s value was reduced to less than half in 2019 alone.

Bitcoin, on the other hand, is a mixed bag when it comes to volatility but, in the long run, almost everyone believes that it will continue going upwards rather than downwards. So, there is a great chance of it ending up more in value than less and even if the price does slide, the high inflation rate of the developing world means that you still have a pretty good chance of circumnavigating it because the price index is traded in US Dollars.

This means that if a local fiat currency, say a Rupee or a Taka deflates by 15% in a calendar year while bitcoin reduces by 10%, a person has still successfully evaded over 5% of the inflation through it. If bitcoin gains, then one can say that his/her worth is actually increasing over time which never happens in the current financial model. This is a big plus point for cryptocurrencies.

The Beginning of a Singular Reserve Currency?

Bitcoin may mark the emergence of a new global reserve currency. Rather than using fiat currencies like the US Dollar, Euro or Pound that is constantly manipulated by their respective governments. Bitcoin’s supply cannot be manipulated and that may accelerate its adoption especially in these developing regions.

Is Chaos - an Opportunity?

The lack of financial infrastructure and clarity in these areas may actually become their strength and create an opportunity for cryptocurrencies to thrive further. Bitcoin can become the backbone of these countries with incredible potential.

For instance, for countries like South Africa and Indonesia they could be more likely to become big hubs of crypto rather than established economies because they have more initiative for change and room for adoption.

However, without all that said…  it must be mentioned that cryptocurrencies are still in their early stage of adoption and everyone should invest wisely and intelligently in them.

OmiseGo is an Ethereum-based platform that aims to decentralize payment networks and create an open, public financial system. Its goal is to provide the solution